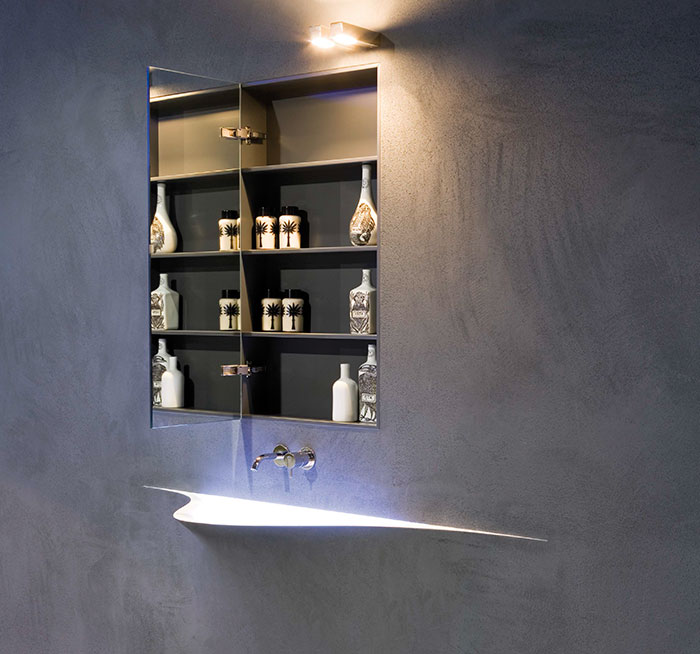 A new addition to last year’s Strappo project, Silenzio is a washbasin with an even greater design content than before. The concept behind Silenzio is to offer only the functionality and sculptural mark of a washbasin, allowing it to be perfectly integrated into the wall. The object is dominated by the atmospheric elements of cut and light.

The unmistakable signature of Domenico de Palo is even more evidence in this washbasin which is able to blend into the surface onto which it is installed. Silenzio appears to come out of the wall, giving it a life and shape. The Silenzio washbasin is realized in Corian and, after it has been positioned (with puttying and plastering), it can be painted just like the rest of the wall, so that it disappears into the same. Silenzio can be described as a “nude” washbasin to be dressed in clothing that can be changed and updated with different finishes.

Silenzio offers an unconventional reinterpretation of the bathroom. It is a fusion between a functional object of the past and a newly invented element of the present.