The GCC is ready to throw off the shackles of lower GDP growth in 2020 with spending on infrastructure forecast to boost the region’s non-oil expansion. That’s the upbeat forecast in a report by Ventures Onsite, the construction intelligence partner of Intersec, the world’s leading trade fair for security, safety and fire protection.

The report says that while rising oil and gas production will likely help lift GCC growth to 2.5% in 2020, infrastructure spending, particularly in the UAE and Kuwait could lift country-specific non-oil GDP from 2.4% in 2019 to 2.8% next year. 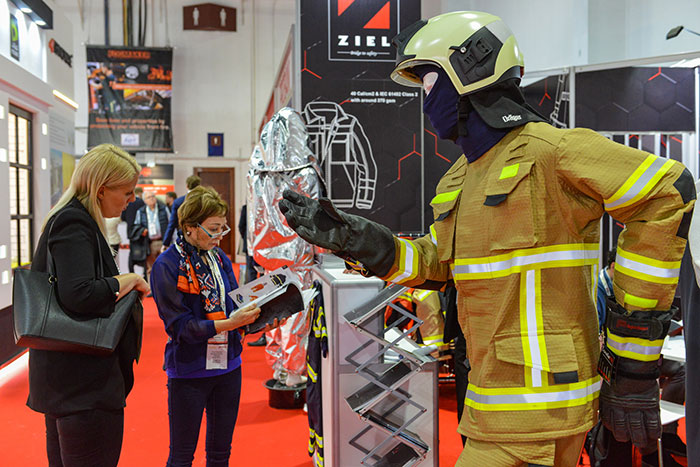 The construction sector, says the report, will be in the vanguard of the GCC’s forecasted non-oil growth. “The region’s large-scale degree of investment in infrastructure and capital projects, and anticipated tourism boom are poised to register growth for the region’s GCC construction sector. This in turn, along with economic diversification plans in the GCC region, is also expected to drive the fire safety systems and equipment market over the coming years.”

Ventures Online suggests the GCC’s total construction contractor awards across the building, infrastructure and energy sectors are expected to increase from US$ 134,002 Mn in 2019 to US$ 139,909 Mn in 2020 with the UAE and Saudi Arabia being the industry’s top two performing markets next year. The report predicts the UAE may increase its federal budget by 2% in 2020 to US$ 17 Bn. The forecast has led to a bullish prediction from the KPMG annual Global Construction Survey which points to an anticipated growth of between 6-10% in the UAE’s construction sector in 2020.

“Industry leaders surveyed in the UAE are optimistic about growth prospects and are confident that technology and governance will play a significant role in the construction sector in the next five years,” predicts the KPMG survey.

Dubai with its bold and ongoing development plans for tourism, hospitality, entertainment and manufacturing sectors is tipped to remain a construction and development hub and to continue to attract investment.

Added to the growth mix are massive development plans in Saudi Arabia including the NEOM, Red Sea Project and Qiddiyah mega projects and region wide investment in hospitality, education, healthcare, rail, energy and airport expansion. The scale of development says Ventures Onsite, will transform the region into an infrastructure hotspot. “Given the GCC government’s support for large-scale infrastructure projects, the region is anticipated to become a hub for global infrastructure investment,” says the report.

A major knock-on effect on the region’s fire safety systems and equipment market is inevitable with Ventures Onsite predicting the commercial and hospitality sectors will be the key verticals driving growth egged on by increasing governmental regulation and greater public requirements for efficient fire prevention.

“Continued efforts to implement the ambitious vision initiatives and strengthen public infrastructure over the next decade would spur the demand for fire safety systems and equipment in the future,” says the Ventures Onsite report. “The UAE and KSA are likely to remain the top markets for construction industry investors and developers as well as the fire safety system and equipment market.”

The forecasts bode well for the three-day tradeshow, Intersec, which will run at the Dubai World Trade Centre (DWTC) from 19-21 January 2020, featuring more than 1,100 exhibitors from 50 countries.

“With the construction industry in a growth spurt, a sharp spotlight will be placed on the fire and security systems required in today’s smart buildings and the expectations of visitors and residents in the smart cities now on GCC government agendas,” explained Andreas Rex, Show Director at Messe Frankfurt Middle East, which organises Intersec. “Across the region there is heightened awareness of the need to deliver to world-class standards to realise national development visions.”

At the same time as the region looks to further its footprint on the international events and tourism landscapes, the highest security and safety standards are vital to ensuring national reputations.

“There’s a growing demand within the regional industry now for knowledge on the very latest techniques and technology which will help ring fence risks and reputations,” added Rex.

Intersec has stepped into plugging the knowledge-gap with a packed agenda of conferences, workshops, roundtables and live demos. The event will also feature the probing Intersec Arena, Future Security Summit and Intersec Fire Conference where industry experts will analyse critical security threats and how cutting-edge technologies can be tailored to meet them and the key aspects of today’s integrated fire engineering sector.

These are the technologies which will lie behind the region’s dazzling mega projects yet are now seen as vital to ensuring the safety of occupants and a real sustainable approach to building non-oil, diversified growth.