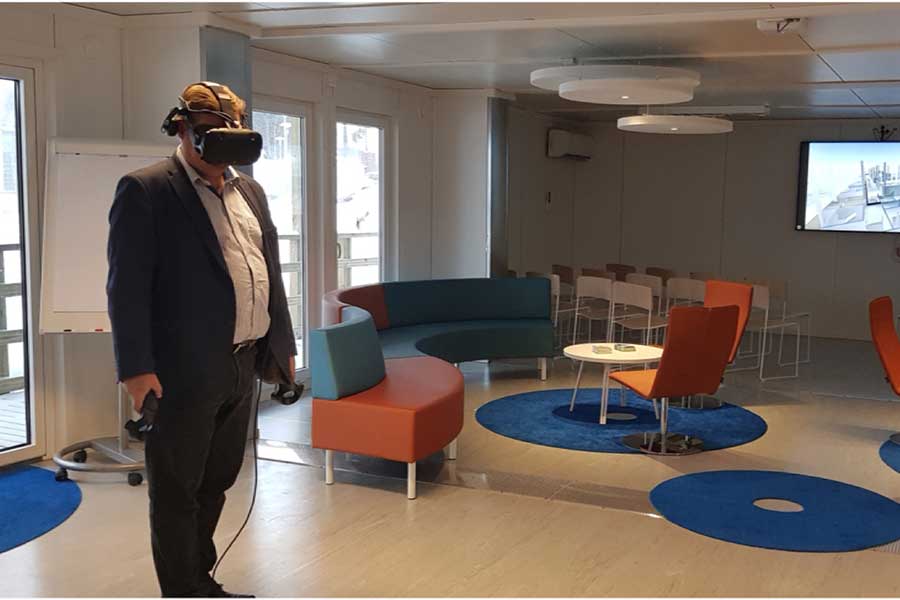 Innovative processes have been used in the co-design of Finland’s new Hospital Nova, using BIM models and involving over 350 staff.

As the first completely new hospital to be built in the Central Finland Healthcare District since the 1970s, Hospital Nova aims to be the one of the most modern and efficient hospitals in Europe. With a planned opening in late 2020, the project is an entirely new building type and concept compared to traditional hospitals, with a target to cut traditional operating costs by 10%.

Virtual visits
Due to the ambitious nature of the project, the project team wanted to involve staff in the design of the hospital to ensure it would meet everyone’s needs. “Our objective was to engage hospital staff in the project before construction had even started, by allowing them to visit the building virtually,” explained Mikko Jylhä, Project Director, Hospital Nova, Central Finland Healthcare District. “Right from the early stages we wanted to share the new designs, collaborate with the building’s future users and gather vital feedback for the design process.”

Streamlined BIM workflows
Hospital Nova decided to use Tridify to convert their BIMs into virtual models, as it was quick and easy to update the models with ongoing changes. Tridify’s automated service processed the architect BIM files into 3D interactive models, saving the hospital a lot of time and effort.

The VR solution involved building a hospital demonstration space next to the construction site, for both the staff and the public to visit. Facilities included a virtual space where staff could use VR goggles to explore the future hospital and an auditorium where others could follow the virtual experience on a large screen.

The response from staff was impressive, with over 350 registering to be involved in the design process with many using the virtual model. At the height of its use there were several visitor groups per day, including members of the public interested in seeing what the hospital would look like. In 2019 alone there were over 3,000 visitors to the showroom.

Due to its ease of use, Nova’s own project team were able to operate the demonstration space without the help of any external specialists. They were also able to use the Tridify virtual model to create their own videos and images for use in other promotional and educational activities.

Design feedback
Staff have been able to explore the future building using the virtual model and provide feedback in the early design stages. Various different clinical and operational teams were able to make plans for new facilities based on their virtual visits, the model helping people to understand the design and if space was adequate for the planned functions.

“Many different staff groups were involved, ranging from clinical staff, consultants, doctors, nurses and laboratory staff,” explained Jylhä. “Gathering feedback from so many different groups who would be using the building was invaluable in helping shape its design. Changes were made to the architect plans based on feedback. The result being an improved hospital which avoids any expensive alterations once the hospital is complete.”

With construction now in its final stages and a planned opening in late 2020, the virtual model is currently being used by staff to test the hospital signage and ensure the smooth flow of different users around the site. This will allow further cost savings to be made as any changes can easily be done in the design phase. Staff are also becoming familiar with the new premises even before entering the building.

BIM to web publishing
Hospital Nova is now starting to use Tridify to publish the 3D model to mobile devices via the web, to help communicate the design to additional stakeholders. The hospital is also planning on using the virtual model throughout the hospital’s lifecycle in facilities management.

“Using virtual reality for hospital co-design on this scale is rare so we are proud to be at the forefront of such developments, seeing how it can help shape the hospital so it functions as efficiently as possible, for both staff and patients. An efficient design is critical as it helps guarantee the delivery of the best quality and economically efficient healthcare in years to come,” concluded Jylhä.