Four Jaso luffers are working in Australia’s capital on the largest residential project ever undertaken in a Federal Capital Territory. 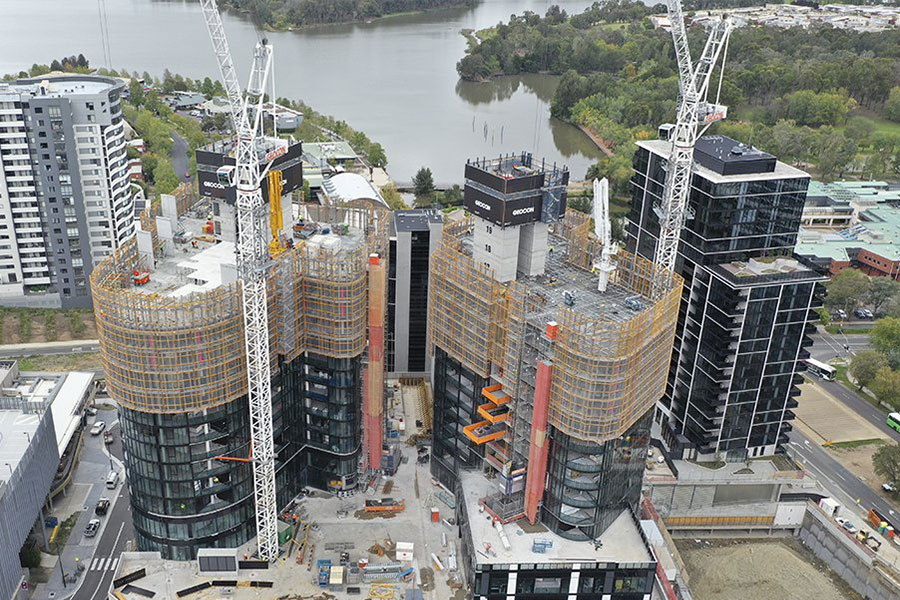 Built and promoted by development and construction business ‘Geocon’, in the heart of Belconnen, the Republic will be Canberra's largest mixed-use residential precinct ever undertaken in ACT, and include 1,300 apartments and amenities, Canberra’s first Metro, a Hotel, restaurants, shops and places people can come to spend their spare time.

Stage two of the development (High Society) will be crowned Canberra’s tallest structure, which can be seen from up to 50 kms away and will change Canberra’s skyline forever.

Our partners in Australia ‘Titan Cranes’, employed four luffing cranes on this ‘Geocon’ site, three units J280PA and one unit J380PA, working with 12 tonnes line pull. Luffing jib cranes with a reach of respectively 60 metres and 65 metres, maximum capacity of up to 36 tonnes (79,400 lbs) and a tip load of 3500 kg.

Designed for use on complex job sites, such as the Republic precinct, these luffing cranes are the best option, where there is a need for multiple and versatile cranes, with ability to adapt cranes in restricted work areas and high-rise construction.

The third and last stage, ‘Nightfall’, of this exclusive residential development will launch later in 2020.

The PA Series is designed for use in projects in confined spaces, whether due to space limitations of the construction site itself or to avoid encroaching over or into adjacent neighboring properties.