This salt spray test simulates the effects of metal deterioration in environments of extreme salinity and humidity. The new primer system that is applied to all HIMOINSA canopies makes them ‘best in class’ in the international market. 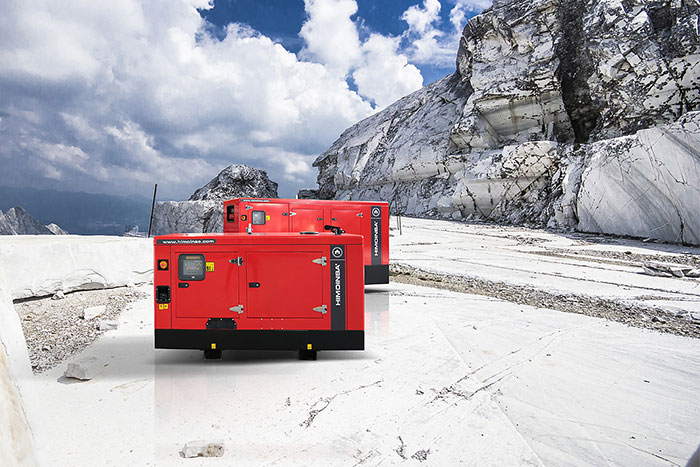 In its constant commitment to the continuous improvement of its generator sets, HIMOINSA has developed a new paint primer process that it is applying to all its canopies. This new process includes a preliminary treatment of the metal that guarantees the elimination of any existing impurities and applies a double coat of paint on the metal surface of the canopy, thereby giving it greater protection.

The new electrostatic dust coating is applied in a new painting tunnel that has been installed in HIMOINSA's production centres, with the aim of turning its canopies into 'best in class' in the international market.

The saline spray test simulates the effects of metal deterioration in environments of extreme salinity and humidity. The new system introduced by HIMOINSA ensures that the high quality sheet metal of its canopies, which is subjected to high humidity and aggressive industrial environments, can guarantee a resistance of more than 2,000 hours, which is equivalent to more than 15 years.

Exceeding the limits required by law

Although international standard 12944, which specifically regulates the measurement and categorisation of corrosion levels on metal surfaces protected by paint systems, considers C5I-H to be the highest category (1440 hr - more than 15 years), HIMOINSA has in fact exceeded these limits by reaching 2000 hours, i.e. 560 hours above the maximum required.

“After subjecting the canopies to the most stringent tests, such as oxidation, cracking, peeling or corrosion, the results obtained have been highly satisfactory," says Esther González, Quality Manager at HIMOINSA, who adds that the performance and resistance shown by the canopy coating guarantee that "areas especially sensitive to corrosion, such as edges and perforated areas or grill work, are kept in a perfect condition of preservation for longer".