As the over 100-year-old railway bridge crossing the Danube in Linz, Austria could not be reconstructed, it was decided that a new combined road and railway bridge would be built. Weighing 8,400t (pure steel weight of the supporting structure), this would be one of the heaviest bridges installed in Austria in recent years. 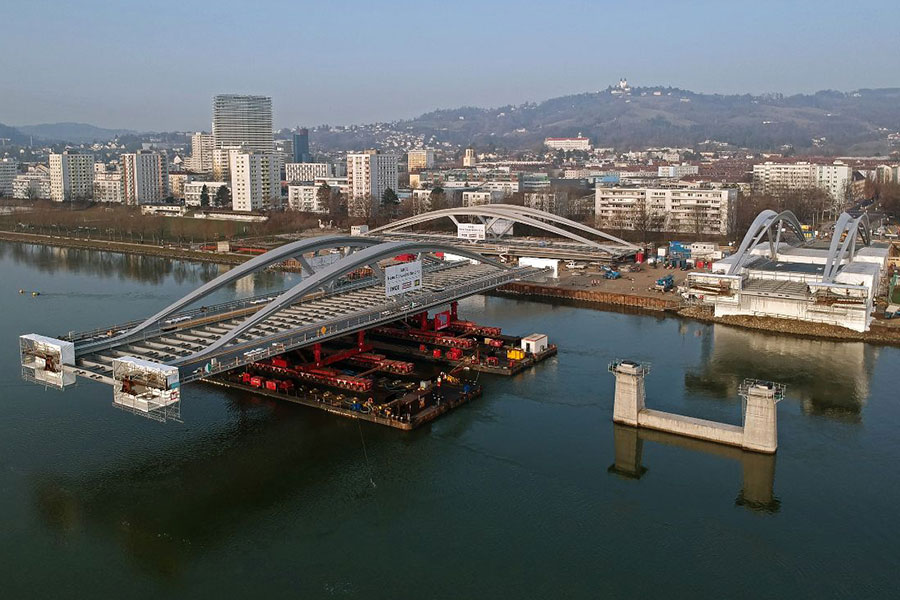 Mammoet was trusted with the project by MCE GmbH, a company of the HABAU GROUP, because it had already successfully executed numerous similar waterborne bridge installation and could assure the use of its own equipment to avoid interfaces that could have delayed the project. The task for Mammoet was to move the two main supporting structures of the new bridge - each weighing around 2,800t, 100m long and 32m wide - from the pre-assembly area on the side of the Danube to the piers in the middle of the river.

Early in the planning phase, a tight schedule was drawn up in cooperation with the customer to minimize disruptions and interruptions to shipping traffic on the highly-frequented waterway. The engineering concept was to use Mammoet’s Mega Jack 800 for the jacking of the two bridge segments. This system was capable of raising the 2,800t bridge segments from their pre-assembly height to the float-in height quickly and safely. 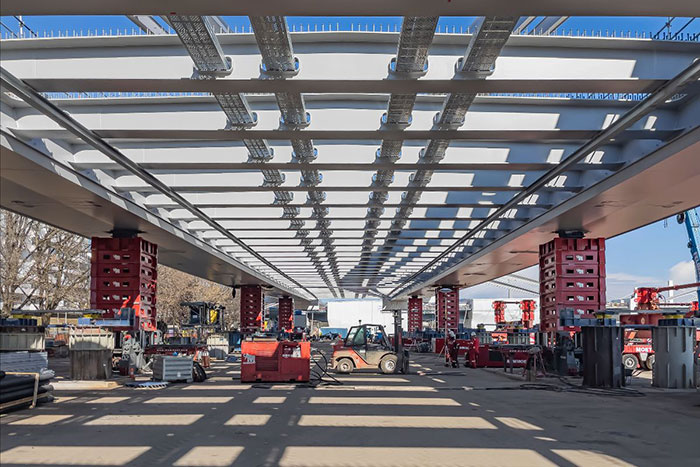 During the preparatory engineering phase, Mammoet’s team received the information that the two steel structures would be heavier than first planned, due to necessary additional strengthening measures. Thus, the original engineering concept had to be adapted as quickly as possible without jeopardizing the project’s tight schedule.

Mammoet’s engineers planned to move the bridge sections from their point of assembly via SPMTs, driving them onto barges, which would then be accurately positioned above the bridge foundations for installation to take place. The water level always had to be monitored, as high or low water would have meant delays in the schedule. 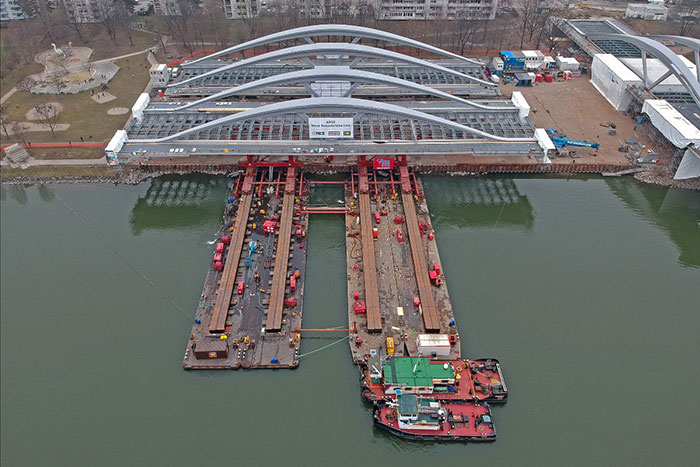 Other challenges were provided by the very confined pre-assembly area at the side of the Danube, and by the difference in center of gravity between the two bridge structures, which naturally needed to be accounted for in the engineering plan.

After the completion of the intensive planning phase, the execution took place under the interested gaze of the public via live streaming. Four barges were coupled together forming a single vessel and 120 axle lines of SPMT including supports were installed and moved onto the barges. 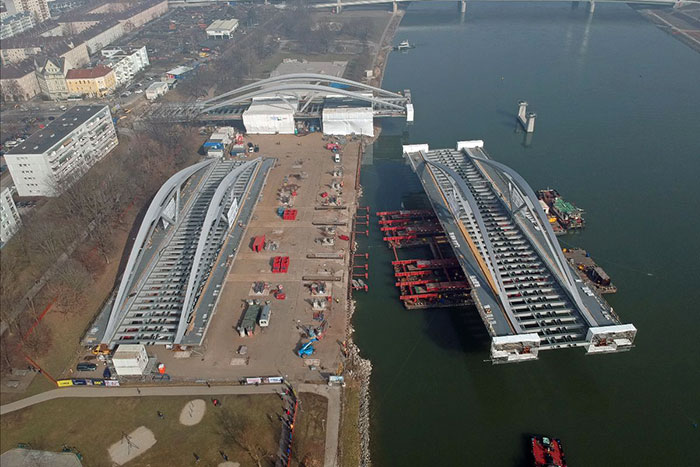 The bridge segment could now be driven onto the barges with the SPMTs and precisely rotated into its final position with winches, floated in and then lowered onto the bridge piers for installation. 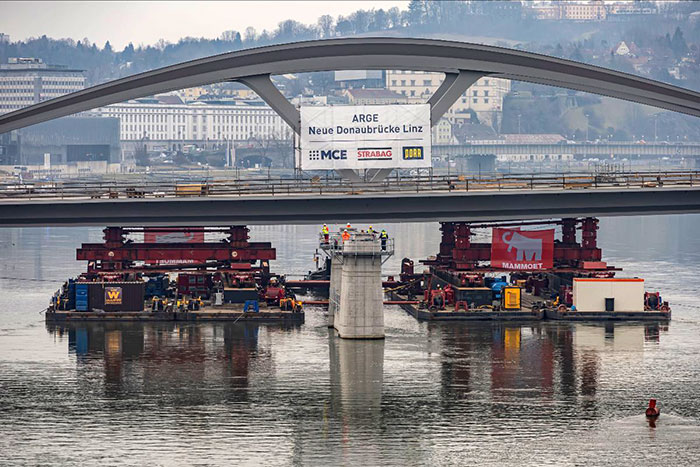 These operations took eleven days in total. On the day of rotation of the first bridge segment unforeseen morning fog caused a time delay. Mammoet was able to make up some of the lost hours and the closure of the Danube could be lifted after a short delay.

Due to precise planning and excellent cooperation, both bridge segments were safely floated in and installed, and the Danube could be re-opened ahead of schedule several times. The bridge is expected to be completed in October 2021 and, as a key project, will greatly relieve urban traffic in Linz in the future.