Mammoet has successfully completed the relocation of two tunnel boring machines and their components as part of the construction of a new metro tunnel in Melbourne, Australia. All operations were executed according to the customer’s timelines and given space limitations with precision engineering. 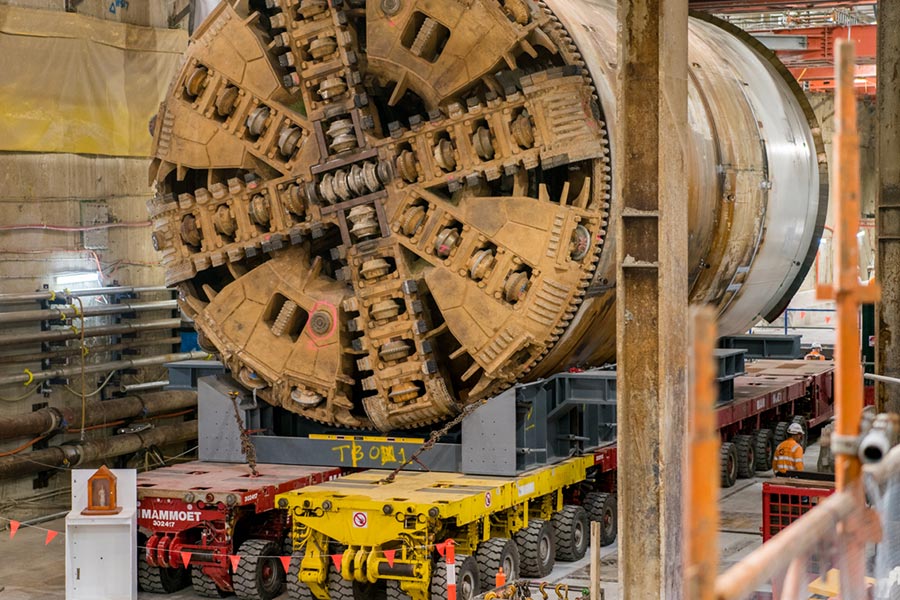 The machines, weighing 660t each, were lowered into the site of the Metro Tunnel Project’s new Anzac Station 20m below street level, then relocated to their launch position underground. Transportation of the two tunnel boring machines took approximately three days and three nights each.

Mammoet firstly lifted each machine off the underground station floor using six 300t hydraulic jacks so that the 14 axle lines of SPMT in 4-file configuration could be positioned beneath it. After which the machines were transported slowly and carefully to the launch ramp where hydraulic jacks lifted each from the SPMTs.

Subsequently, the machines were jacked-down onto Mammoet’s 600t heavy-duty hydraulic push-pull skid system before being skidded forward to their final positioning location. Mammoet further assisted the client by moving and positioning a 57t thrust frame and 60t gantry, which were components of each tunnel boring machine. 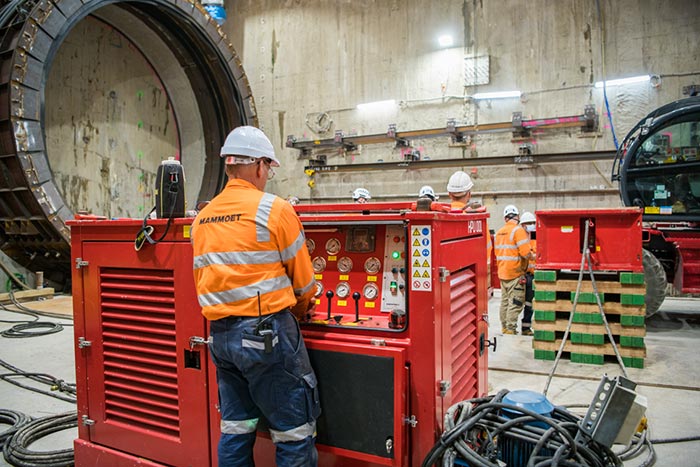 As part of this execution, Mammoet provided detailed planning involving many simultaneous operations, all with safety in mind. The team operated closely with the client and other sub-contractors to make sure all access routes were well-planned beforehand, and communication of day-to-day operations were given to all parties.

The Project’s managing contractor, joint venture CYP Design & Construction remarked, “We are satisfied with the work done by Mammoet to transport the two tunnel boring machines and their components safely and efficiently to their launch positions”.

“Mammoet’s experience in heavy transportation, together with the availability of a local professional team, allowed for us to work together in the development of solutions, discussion of schedules, and timely delivery of work.”

A range of equipment including 28 axle lines of SPMT, 300t hydraulic jacking systems and 600t skidding systems were mobilized on site.