: A student from Ajman University has beaten the competition of over 100 applicants across the UAE and reigned supreme as the winner of the second edition of P&T Architects and Engineers’ student competition. The international, award-winning design firm, announced the first, second and third place designs and distributed AED 20,000 worth of prizes to the successful candidates in greatly anticipated closing event.

The competition was held by P&T Group to nurture future architects of the region and provide them with a platform to present their talents and help answer the region’s design challenges. All ideas submitted were expected to include an innovative and original design solution for a cultural museum and visitors centre for the archaeological site in Jumeirah, promoting local heritage for the year of “Towards the next 50”. During the judging process, the jury considered how each idea’s design relates to its surroundings, the functionality of the project, its use of renewable resources and its impact on the environment, as well as how well it works for visitors and the staff operating the centre. 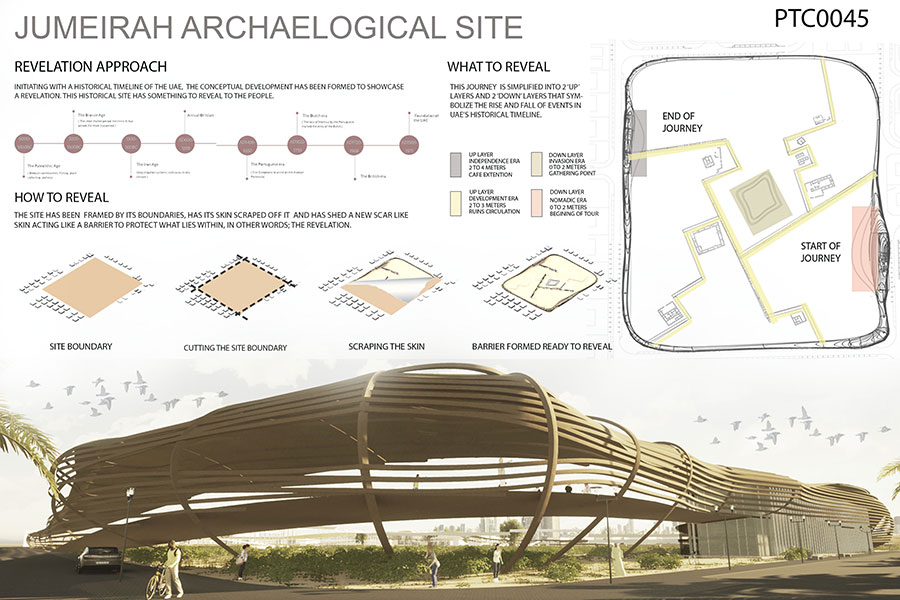 The virtual awards ceremony saw finalists, professors, judges and representatives of the Society of Engineers come together, with the support of Architectural Heritage Society, to celebrate the undisputable talent of the budding architects. P&T presented Zoha Hosseini from Ajman University with the first place prize for her design, Jumeirah Archaeological Site journey, which aims to take visitors on a journey through a passage of time in the UAE’s history. Zoha was awarded with the prize of AED 10,000, an internship at P&T and her winning design will be announced on P&T’s competition website and social media. 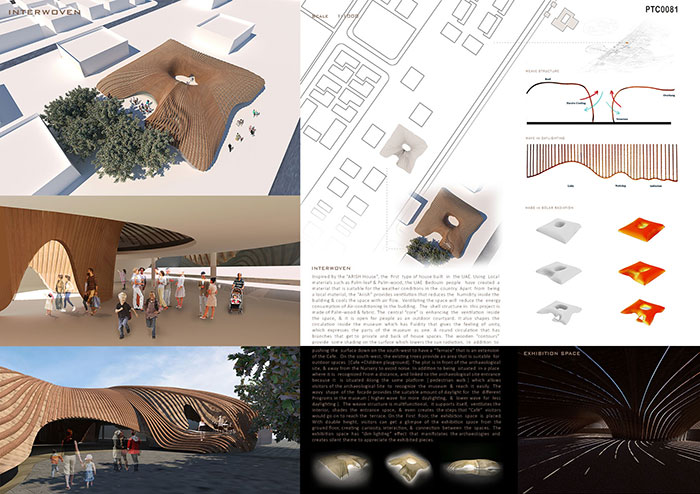 In second place was Ahmad Mansour, from American University in Dubai, whose design named Interwoven was inspired by the UAE’s first type of house build, the “Arish House”. Ahmad was awarded an AED 6,000 cash prize. Finally, in third place was a group entry by Alina Sebastian, Saagarika Dias, Samrakshana Suresh and Urva Parmar from American University of Sharjah who won the prize of AED 4,000. Their design was for The Museum of the Future and was inspired by the idea of excavation as a facet of archaeology. Seven other competitors also received honourable mentions for their notable submissions. 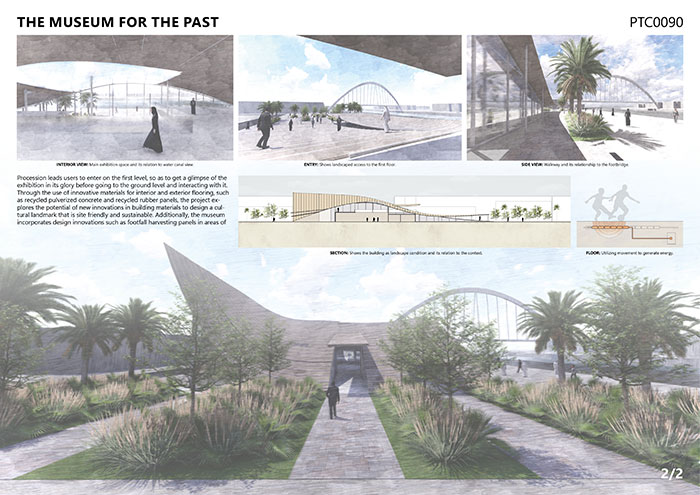 Group Managing Director of P&T, James Abbott said: “The 2020 edition of the P&T Architectural student competition has been a great success. The process of receiving and judging the entries was a very uplifting experience and it was great to see the overall very high quality of the submissions.”

Board Director Member of UAE Society of Engineers, Sheikha Dr. Nahla Al Qassimi said: “The competition communicate, influence, relate, engage, inspire, excite and educate the students in the UAE.”Zoha Hosseini, the winner of the competition said: “Feeling on cloud nine would be an understatement. Working on the project for months and facing various challenges only made me more driven to the goal of having a final piece I was proud of. I'm just grateful and elated that the work paid off.”