Speaking ahead of the INTERMAT Middle East - one of the UAE’s leading construction shows; Andreas Geier, Head of Sales, Crane Line, Middle East, North Africa and Benelux, SENNEBOGEN Middle East; discusses the future of the construction and infrastructure industry in GCC and the Middle East.

Combining customised solutions with excellent technology, SENNEBOGEN prides itself in being an industry leader in product innovation. SENNEBOGEN has participated in INTERMAT for two consecutive years, 2011 and 2012, and is returning to participate again in January 2014, in order to promote their products as well as network with new contacts across the region. 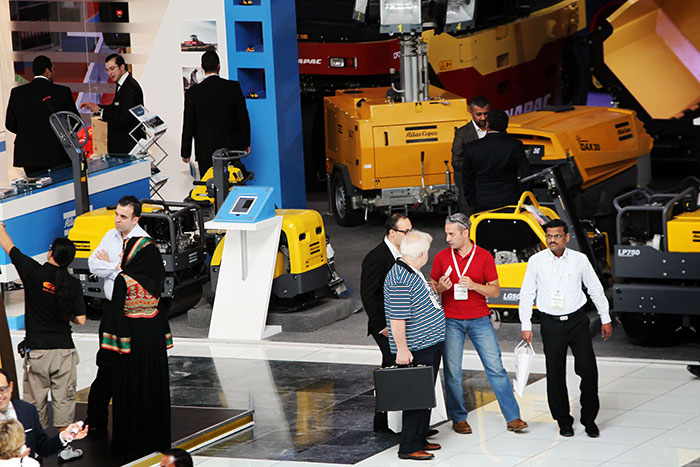 Speaking about sectors that show most growth potential for the company, Mr. Geier said: “We still see the oil and gas business as one with the highest potential. We design our new and existing machines to meet special enquiries for such applications.”

Mr. Geier further confirmed that the company has seen an increase in sales for construction equipment of around 10 per cent in the last year, confirming that 2013 has been excellent for cranes.

According to a recent report by Business Monitor International, the UAE’s construction industry’s value is forecasted at approximately $41 billion in 2013, growing at an annual rate of 4.5 per cent. According to another report by Deloitte, the UAE has also recently, for the first time since the crash, overtaken Saudi Arabia as the biggest construction market in the Middle East.

Talking broadly about the growth of the construction industry Mr. Geier said: “The construction industry will definitely increase in the next 5 years slowly but continuously. Especially in Europe, we expect some more projects / sales as new investments will be made by European governments. For the Middle East, we expect slow growth depending on the political situation in the future. KSA and Qatar will surely see an increase, but if the UAE is selected for World Expo 2020, there will definitely be an increase in construction.”

In the 2012 edition of INTERMAT Middle East, SENNEBOGEN had launched its new cranes introducing the 655HD (55 ton) and 6130HD (130 ton) Heavy Duty Cycle crane for dynamic applications such as foundation works. The firm also offered their newest Telescopic Crawler Crane model 673R (70 ton). In the material handling division, SENNEBOGEN developed its new E-series, which was based on the company’s green efficiency philosophy. In addition, they also launched some new models like the SENNEBOGEN 8130, specifically prepared for port projects.

With 250 exhibitors participating, INTERMAT Middle East is a must-attend event for decision makers, buyers, and influencers in the region to view the largest showcase of new, pre-owned and rental machinery and that will feature national pavilions consisting of key leading exhibitors from France, United Kingdom, Italy, Korea, the Netherlands, and more.