A presentation to His Highness on progress being made across Package A revealed that half of the soil preparation works have been completed, with 79% of sand and rock cutting also finished. Overall, 59% of Package A construction works have already concluded.

As the strategic enabler of the UAE’s ambition to become a global hub for advanced logistics operations, His Highness stressed the need to continue developing all four packages of Stage Two, according to the highest international standards. His Highness also emphasised that the project aligns with one of the most important pillars of the UAE’s preparations for the next fifty years, and is a major contributor to the growth of the national economy, as the development of a national railway network enables a sustainable transport sector. 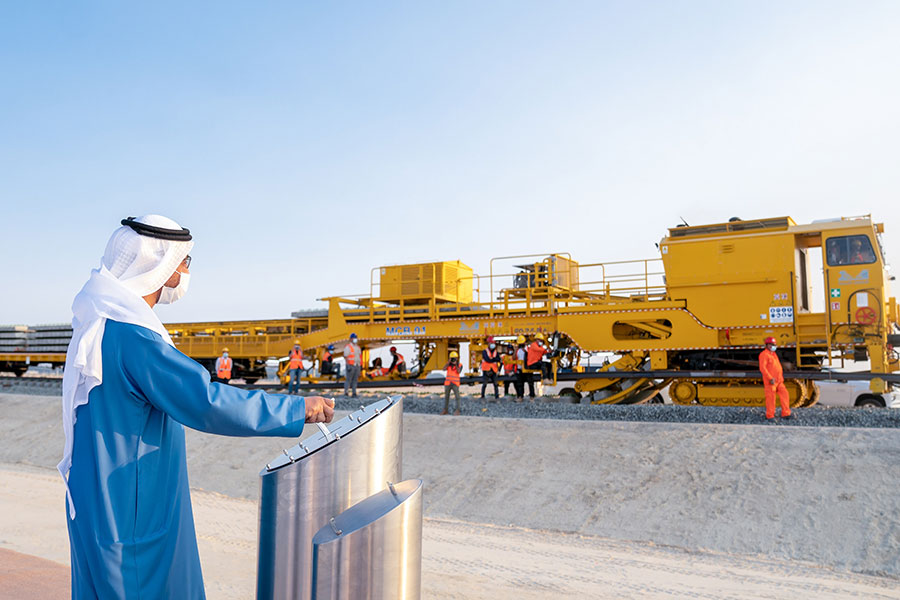 His Highness praised the efforts made by the Etihad Rail team, under the leadership of His Highness Sheikh Theyab bin Mohamed bin Zayed Al Nahyan, to expand the horizons of the transport sector and in doing so, to improve the well-being and happiness of every citizen and resident in the UAE.

During the presentation, Shadi Malak, CEO of Etihad Rail, referred to the directives of His Highness Sheikh Hamdan bin Zayed Al Nahyan, during his visit in 2013, on the importance of training and employing young nationals to lead this vital sector, pointing out that the company’s team includes several Emiratis working in key positions. In addition, he stated that Etihad Rail has established the first railway Diploma in the UAE, to train and qualify the young Emiratis to be the driving force for this strategic national project, and confirmed that the first batch of students graduated in 2020 and already working on site. 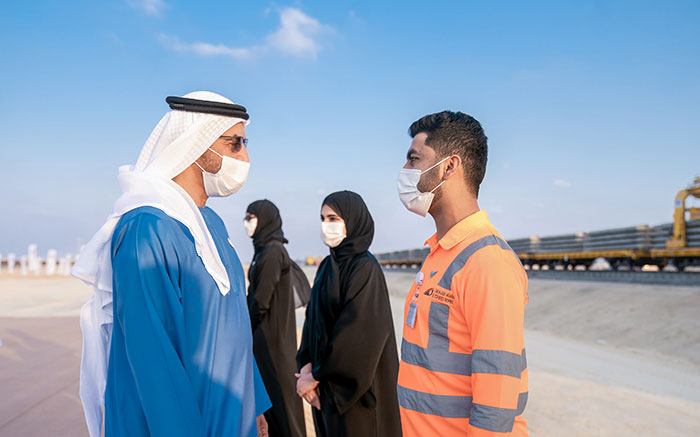 His Highness also met with Emirati employees working on the project, including graduates from the railway diploma and he stressed the importance of developing a new generation of Emirati talent to lead the evolution of this vital sector. 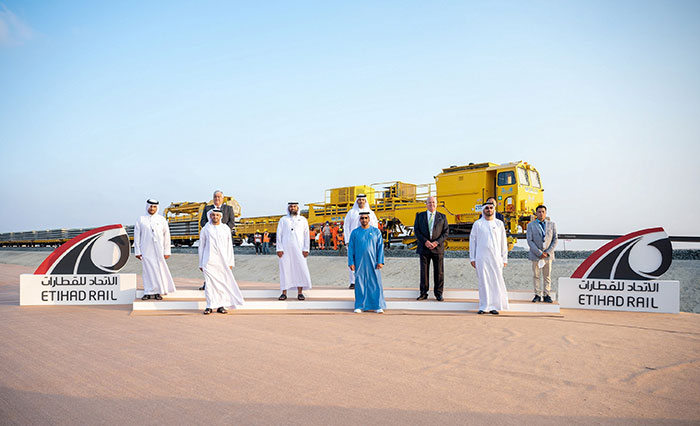