The region’s brightest and most forward-thinking companies and individuals were recognised on the third day of The Big 5 as the winners of both the Women in Construction (WIC) Awards and the Start-up City Pitch Competition were announced. As Middle East and Africa’s largest and most important meeting place for the global construction community, The Big 5 mega-event recognised those making a positive impact on the sector by fostering collaboration, supporting best practices, and provide effective solutions to today’s industry challenges. 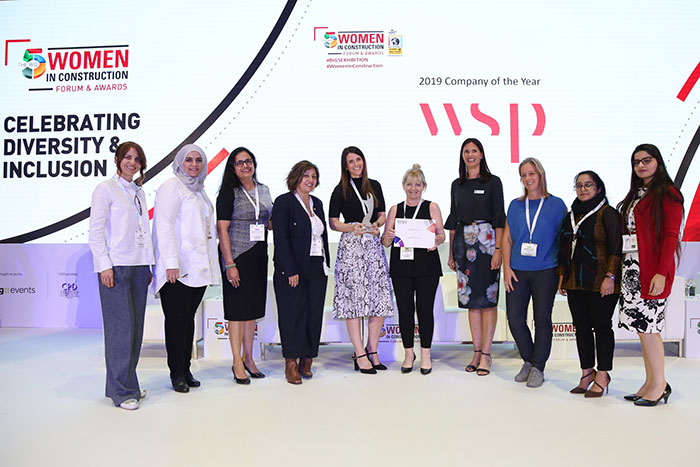 The second edition of The Big 5’s Women in Construction (WIC) Forum & Awards was a much-anticipated highlight of day three aimed at addressing the need to reinvent gender balance, diversity & inclusion (D&I) policies and best practices in the workplace while empowering women in the male-dominated construction sector. The packed-out audience was given a 360-degree overview of the current issues faced and the new initiatives undertaken to push the industry forward.

Dr Shetha Alzubaidi, Chief Executive Officer & Partner at Brookson Project Management and judge of the Women in Construction Awards, said: “Women are often under-represented in the fields of engineering, both in the academia and in the profession of engineering. However, women working in construction are on the increase. With a concerted effort from key industry players, there is a chance that more women will view a career in construction as a great one.”

Jessica Rigley, Area Staff Manager from BAM International, took home the win in the coveted Women in Leadership category at the WIC Awards. The judges commended her 20+ years of experience in leading more than 200 staff as well as her pioneering role as a woman in HSE, which involved the development of an online HSE monitoring system, among others achievement.

The Next-Gen Woman of the Year category win went to Layla Kailany, who is an Assistant Project Manager at Parsons International. Judges felt that it was a combination of her work on mega-projects and her ability to take responsibility of many aspects of the project such as managing the design and construction activities, coordinating with subcontractors, and participating in resolving construction issues that gave her the win.

Meanwhile, WSP in the Middle East took home the win for Company of the Year for their D&I achievements including the introduction of flexible working policies that resulted in 88% of mothers returning to work after maternity leave, as well as the use of inclusive language referenced in job adverts resulting in being able to attract a more diverse workforce – for example, 50+% of graduates and interns, were female.

This year, supporting the Women Empowerment Principles (WEPs), an initiative of the UN Women and the UN Global Compact, the largest sustainability network in the world, The WIC Forum & Awards also hosted an official Pledge Ceremony for the companies willing to come together and sign the WEPs.

In line with its commitment to promote innovation in construction and support promising start-ups, for the second consecutive year, The Big 5 presents local and international selected start-ups displaying innovative solutions and pioneering products at the Start-up City, in partnership with CCC (Consolidated Contractors International Company), Catalyst (a Masdar & BP Initiative), and Wamda.

“In a world where innovation and technology are more and more crucial to remain competitive, the construction sector is still widely considered a late technology adopter. In this context, start-ups play a truly vital role in the sustainable development of the industry, as they inject innovative ideas, creative approaches, and a good dose of entrepreneurial spirit,”
said Josine Heijmans, Vice President Construction – dmg events.

The winner of the exciting Start-up City Pitch Competition was announced today with Tenderd taking home a prize worth US$ 25,000 donated by The Big 5. The winning innovation involved a heavy equipment rental marketplace, that the judges felt solves a big market need, with a scalable solution, applicable across all market dynamics. Other exciting new start-up innovations showcased in the competition included Adok’s table projector, Skyline Solution’s mobile hanger for passenger drones, and a flat-pack housing solution from ModulusTech.