With the official announcement of the gradual resumption of prayers and Umrah in Al-Masjid Al-Haram, people in Saudi Arabia, citizens and expats, are looking forward to rekindle their rituals and visit the Holy City of Makkah. Al Salem Johnson Controls (YORK) prides itself in having a role in enabling people to perform the holy act of Umrah and Hajj under these special circumstances - the spread of the COVID-19 virus - being the Holy Mosque’s cooling system provider and operator. 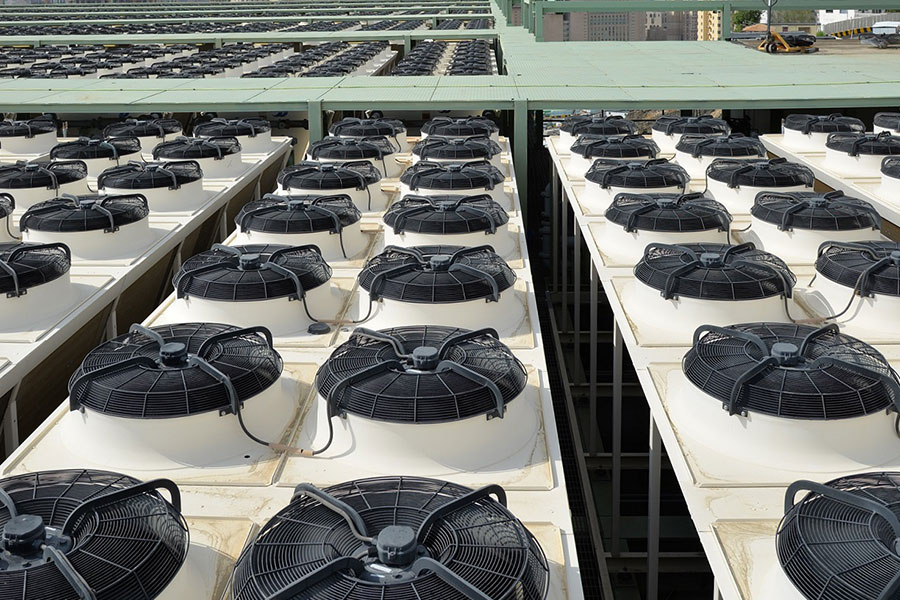 The resumption of Umrah is said to take place in phases starting October 2020; each phase with a certain capacity and under constant supervision, similar to the standards enforced during the Hajj Season last August.

This announcement will have a positive impact on the Holy City’s economy given that Umrah and Hajj are one of its main economic resources. For this reason and in line with the Government announcement, Al Salem Johnson Controls (YORK), the leading HVAC-R solution provider, is among the key players actively preparing for this return, as the cooling provider and operator of the cooling plants allocated for the Holy Mosque (Al-Masjid Al-Haram), the Makkah Royal Clock Tower and a diverse other facilities, with a full capacity of its largest specialized maintenance team in the Middle East.

In March, during the lockdown of the Holy Mosque, at first for the sterilization of the Mosque, all YORK Chillers and Air-Handling Units were turned off for 48 hours, then only 10% of the total cooling capacity was turned back on, sufficient to maintain a convenient environment for the limited number of allowed visitors inside the Mosque, as well as to achieve the right moisture level that will maintain the structural integrity of the Mosque.

The YORK Air-Handling Units located inside the Holy Mosque, supply 100% fresh air, by containing contaminated air and exhausting it to the outdoors, and then replacing it with well-treated fresh air. In addition, these units equipped with a high-efficient filtration system; through multiple stages of filtration that can achieve up to 95% filtration efficiency.

As the HVAC Expert for over 65 years in the Kingdom, Al Salem Johnson Controls (YORK) kept the Holy Mosque’s two Chiller Plants (Shamiyah & Ajyad) in optimum operational conditions, by subjecting the remaining 90% of its remaining capacity to preventive maintenance and long-term storage procedures, to ensure the operation efficiency once the cooling plants are returned to full cooling capacity, after the pandemic. During Hajj season, the cooling capacity for the Holy Mosque was increased to 50%, as per the requirement to ensure a comfort and cool ambient for the limited number of pilgrims this year.

Al-Masjid Al-Haram in Makkah is normally cooled by two cooling plants, with a total cooling capacity of 159,000 TR at its full operational load (equivalent to the cooling of 15,000 medium sized apartments). The total cooling capacity of the chiller plants is governed by several factors (which applies to all type of facilities too). The heat load and the required cooling capacity are calculated by estimating the maximum heat gain through walls, roofs, doors, windows, individuals inside the Mosque, infiltration/ventilation air, lighting system and other equipment or systems that produce heat, such as motors…etc.

Furthermore, the total cooling capacity is also affected by the ambient temperatures; which leads to higher cooling need during summer compared to fall and winter. Now with the re-opening of Urmah in October and November, with lower ambient temperatures, as well as the limited number of pilgrims, the Shamiya & Ajyad Cooling Plants are expected to operate only 20% to 30% of their installed capacity.

Apparat from the Shamiya YORK Chillers being the world’s largest chillers of their kind, the YORK Chillers inside the Shamiya & Ajyad Cooling Plants are equipped with the Variable Speed Drive (VSD) technology; that speed-up or slow-down chillers saving electricity as per cooling load and capacity requirement, which is considered a sustainable solution, leading to lower energy consumption during winter months compared to summer months.

Worth stating that Al Salem Johnson Controls (YORK) has a large footprint in Makkah. Apart from the Holy Mosque, the Company cools and operates the Clock Tower, as well as providing diverse cooling solutions and maintenance to Jabal Omar and a large number of hotels, including but not limited to the iconic hotels in front of the Holy Mosque, Dar al Tawhid and Makkah Tower Millennium Hotel, in addition to several residential towers, commercial centers, hospitals, several locations in the Holy Sites and Makkah’s Slaughter House.

The Company has a dedicated team of over 200 engineers and technicians servicing Makkah City and its surrounding Holy Sites, to respond to any maintenance and repair requests. Out of which, more than 100 technicians are dedicated to the Holy Mosque and its two Cooling Plants 24/7, for efficient operation of the HVAC System and rapid maintenance response whenever required.