The average lifespan of a chiller is between 20 to 25 years, depending on type and operational load. When the chiller’s operation in a facility exceed 10-12 years, the power consumption and maintenance cost increase drastically; while the operational efficiency decreases. 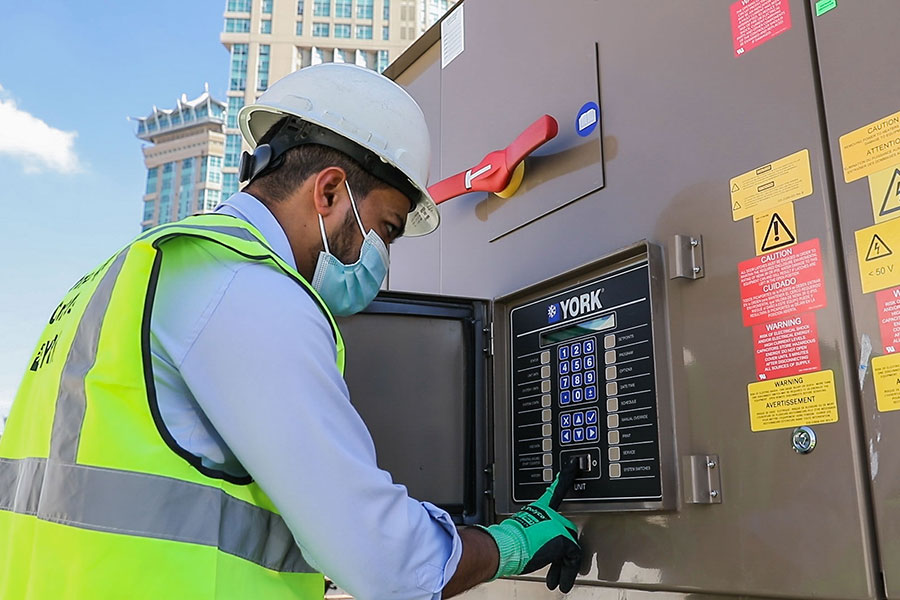 According to the CEO of Al Salem Johnson Controls (YORK) in Saudi Arabia, Lebanon, Egypt and Yemen, Dr. Mohanad AlShaikh, when chillers’ age surpasses the 10-year mark, organizations should consider replacing them with new chillers, featuring latest technologies and advanced specifications, which will lead to improve operational and energy efficiency, and to reduce maintenance costs.

"Over the past 10 years, our Company succeeded in replacing more than 600 chillers for over 200 different projects around the Kingdom, in different applications and sectors such as educational facilities, factories, residential buildings and towers, hospitals, offices and others. So far, the total cooling capacity of the replaced chillers is 145,000 TR.” 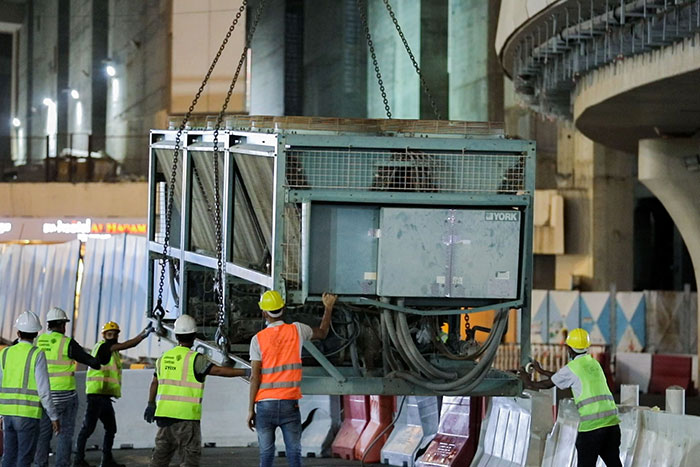 Among the prominent chiller replacement projects implemented by Al Salem Johnson Controls (YORK) is the Makkah Construction and Development Company’s Hotel Towers; consisting of 10 hotel and residential towers, with a maximum height of 100 meters and 37 floors, facing the Holy Mosque on the southwestern side. It is the largest chiller replacement project in the Company's history to date.

Twenty-five years ago, 44 YORK Chillers were installed on the roofs of the Towers, with a total cooling capacity of 10,700 TR, in addition to YORK Air Handling Units inside the buildings. For 11 years, Al Salem Johnson Controls (YORK) has been providing the towers with operation and maintenance services for the cooling system.

In 2018, the first phase of chiller replacement began, and the last phase was completed recently. Advisor to the Chairman of the Board of Makkah Construction and Development Company, Engineer Mohammed Rajab Samkari said: "We consider Al Salem Johnson Controls one of the strong leading national companies, and its great experience encouraged us to partner with it to replace our chillers."

He added: "The partial replacement of the chillers during the year 2018 has resulted in actual savings in operational expenses and electricity consumption equivalent to about 50%, which was a strong incentive to completely replace the old cooling system."

Al Salem Johnson Controls (YORK) conducted a holistic audit of the old cooling system, and accordingly designed and provided the optimal solutions, through replacing the old YORK Chillers with new YORK YVAA Chillers, equipped with the latest technologies and highest efficiency specifications. This solution enabled the Company to reduce the number of chillers installed at the towers from 44 to 41, with the same cooling capacity, providing added space for other utilization.

Samkari added: "Through my experience with Al Salem Johnson Controls (YORK) by virtue of my previous position as the director of the third Saudi expansion project for the Grand Mosque in Makkah, I consider them to be the forerunners and pioneers in what the Grand Mosque in Makkah has become. In addition, our experience with them as Makkah Construction and Development Company prompts us to consider them our partners in the urban development that we have achieved so far in our company."

It should be noted that the last stage of the Makkah Hotel Towers’ Chiller Replacement project differs from other projects implemented by the company; due to a number of challenges faced, such as the strategic location, which directly overlooks the Grand Mosque, the height of the towers where chillers are installed, and traffic congestion in the central area. The project required the use of a special type of high-crane, and cooperation with the concerned authorities to control traffic in the surrounding area, in order to ensure the smooth entry and exit of trucks carrying the chillers, and the easy operation of lowering and lifting the chillers, which weighed between 4-6 tons per chiller.

Moreover, weather factors such as wind speed, rain or dust storms require briefly halting the process, especially when replacing chillers in high-rise buildings, to ensure the safety of people, the engineers and technicians, the building structure, chillers, and surrounding buildings. Work in the final phase of the project took 225 hours per tower, and involved 4 engineers and 30 technicians.