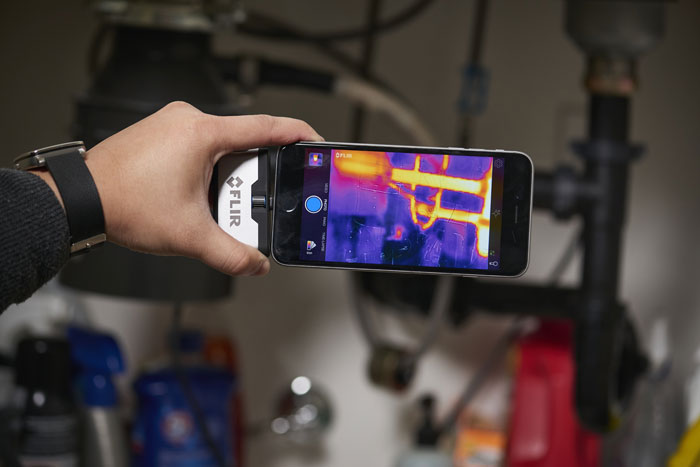 “These innovative new thermal imaging devices further extend the utility and value of low-cost thermal imaging into consumer and small business applications,” said FLIR President and CEO, Andy Teich. “Thermal imaging is more accessible than ever today thanks to our continued effort to make the technology smaller, more powerful and more affordable. We’re excited to provide a thermal imaging ‘sixth sense’ with the third generation FLIR ONE, FLIR Duo for drones, and FLIR C3 camera for professional users.”

The all-new FLIR ONE Pro is the most advanced FLIR ONE ever developed. Featuring a ruggedized design, the new OneFit adjustable-height connector, and a more powerful set of imaging features for the job site, the FLIR ONE Pro ($399.99) is ideal for professionals who use thermal imaging for their work needs. Featuring MSX and VividIR™ advanced image processing, the FLIR ONE Pro offers amazing image quality and detail. Professional features include multiple spot temperature meters and one-touch reporting capabilities to quickly interpret and share results. Fully integrated with the FLIR Tools app for in-depth data analysis, the FLIR ONE Pro delivers a professional-grade thermal camera for workers who require greater thermal capabilities from their mobile devices. 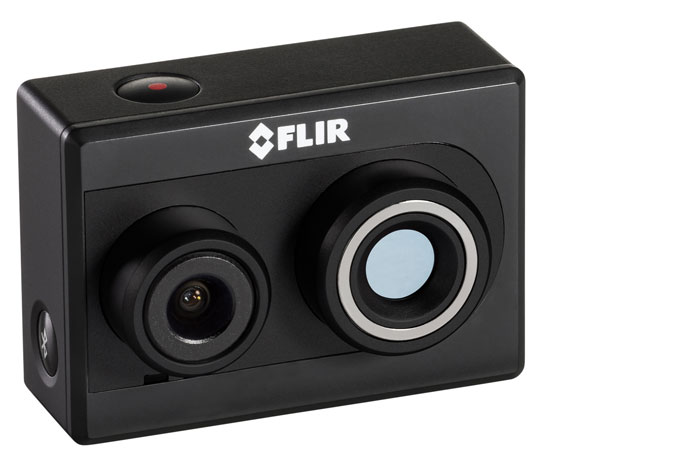 The FLIR Duo is the drone industry’s first multi-sensor camera that features FLIR’s Lepton thermal microcamera core, a high-definition (HD) 1080p visible camera, and FLIR’s patented MSX technology. The FLIR Duo offers versatile onboard recording to a micro SD card and real-
time remote control of camera functions and can be mounted to any airframe capable of holding the most popular action cameras. Operators can switch between the FLIR Duo’s thermal and visible cameras in-flight or view both in a picture-in-picture mode. Priced at $999.99, the FLIR Duo is accessible to drone hobbyists and professionals alike.

Both the FLIR Duo and Duo R are available to order today at established FLIR partners and at www.flir.com/duo. 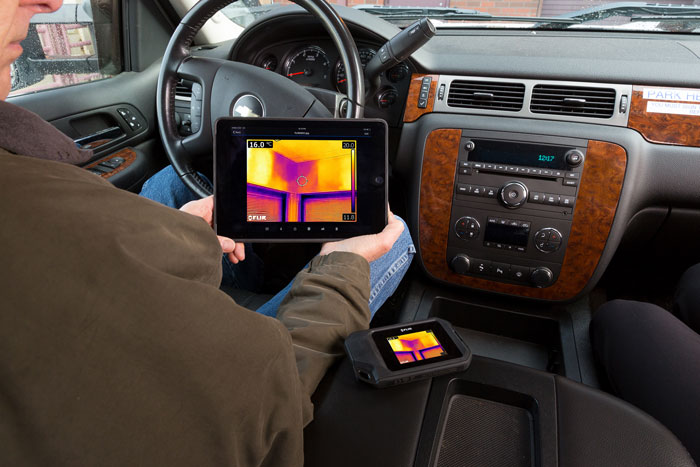 The device also includes a new picture-in-picture function to enable better image comparison in the field. The FLIR C3 will be available in the first quarter of 2017 for $699.99 through established FLIR distribution partners and the FLIR.com store, and customers can pre-register at www.flir.com/ces2017.