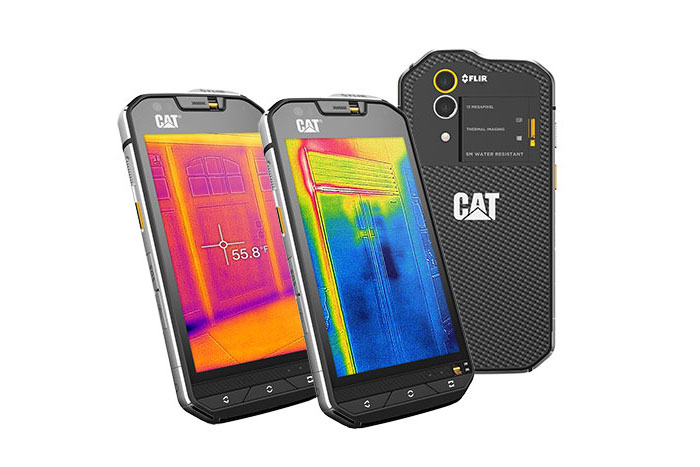 “We’re excited to partner with Bullitt to create the world’s first smartphone with integrated thermal imaging,” said Andy Teich, President and CEO of FLIR. “FLIR has pioneered significant reductions in size, weight, power, and cost of thermal cameras and the Cat S60 represents yet another application for our technology and offers it to new groups of users.”

“To stand out from the crowd in today's smartphone market requires true innovation and we are proud to partner with FLIR to announce what is truly a world’s first,” said Peter Stephens, CEO Bullitt Group, global licensee for Caterpillar. “The Cat S60 represents a milestone for smartphones. We are excited for thermal technology to be in the hands of Cat phones’ customers and to discover the myriad of daily time and efficiency use cases it will present for them.”

Attendees of Mobile World Congress in Barcelona can experience the Cat S60 and other FLIR products at FLIR’s booth in the App Planet, Hall 8.1, booth C21.