KONE, one of the global leaders in the elevator and escalator industry, has unveiled its renewed high-rise elevator testing facility in Tytyri, Finland, after extensive renovations. Unique in the world, the test lab reaches a depth of 350 meters, and is an integral part of a working limestone mine. It hosts the world's deepest elevator test shaft, meaning KONE can develop and test the ultimate in high-rise innovations and technologies. An example is the revolutionary carbon fiber hoisting technology, KONE UltraRope®. 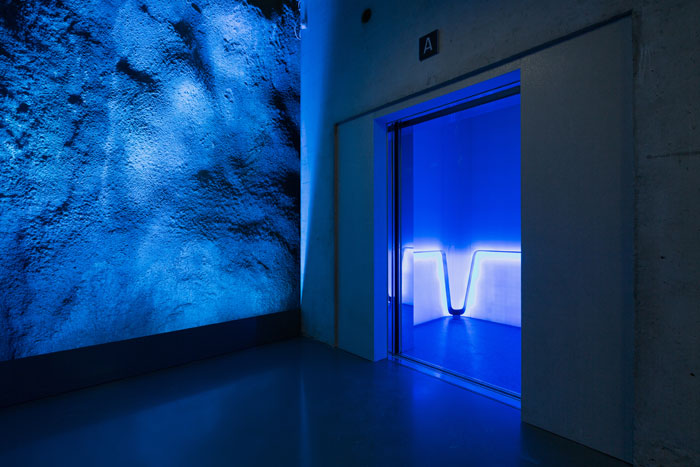 In total, the transformed site at Tytyri comprises of 11 elevator shafts with a combined length of 1.6 kilometers. Seven shafts are dedicated for super-tall and mega-tall testing, with the remaining four shafts available for mid- and low-rise testing. This unique variety means KONE can test for numerous configurations. In addition to sophisticated analysis of ride comfort and aerodynamics, KONE can advance other cutting-edge innovations, such as robot-aided solutions for precision installation, resulting in faster installation times and better ride comfort.

"At Tytyri we can push the limits of elevator physics like at no other place in the world. With the extreme tests such as the free-fall test, we can drop an elevator frame weighing 10,000 kilograms into a 200 meter shaft and test safety gear performance, bringing the elevator to a controlled stop," says Tomio Pihkala, Chief Technology Officer, KONE Corporation.

"At KONE, we have introduced technological breakthroughs which have changed the face of the industry. As plans for tall and mega-tall buildings reach new heights, we will be able to use new materials to simulate the demands of tomorrow's buildings, today. With the deepest and tallest facility of its kind in the world, we are excited to bring together design, engineering and technology, specifically to meet and exceed the needs of our customers."

KONE's high-rise laboratory at Tytyri was first opened in 1997. Today, it is part of the company's global testing network, located at seven different R&D sites in Finland, Italy, China, USA, Mexico, and India.

The Tytyri R&D team works in close collaboration with KONE's existing high-rise laboratory researchers in Hyvinkää, Finland, and in Kunshan, China. The Kunshan test tower was opened in late 2015, and ranks as one of the tallest test towers in the world, reaching a height of 235.6 meters.