The inaugural edition of the international trade fair for the wire and cable industry ‘Wire and Cable Arabia 2015’ opened at the Dubai International Convention and Exhibition Centre (DICEC).

The four-day event, which was inaugurated by HE Saeed Mohammed Al Tayer, MD & CEO of Dubai Electricity and Water Authority (DEWA), will continue until 13 January 2015. 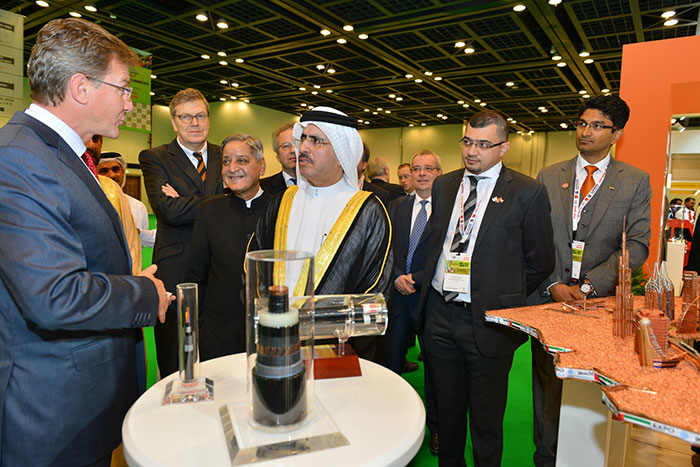 HE Al Tayer said that there is a diversity of products and solutions displayed at the show which depicts the growth of the industrial sectors in the UAE. We felt the presence of international companies from China, India, Eastern Asia and other countries in the first edition of the show which shows its potential growth in the forthcoming editions.”

“Cables and wires form the infrastructure backbone of any economy and critical elements that wire up the length and breadth of the country, including telecom and power networks,” said Satish Khanna, General Manager, Al Fajer Information and Services, organisers of the show.

Supported by Ducab as Principle Sponsor, the inaugural edition of ‘Wire and Cable Arabia 2015’ serves as a meeting point for decision makers connected with infrastructure requirements of industrial and residential projects in the GCC.

The boom in construction activity has been boosting the demand for energy cables used in residential, commercial and industrial construction, as well as in the expansion of utility networks.

Jeen Joshua, Group Project Manager of Wire & Cable 2015 said: “Wire & Cable 2015 makes its debut at a time when there is strong demand for wire and cable in the region. The MENA region’s consumption of wire and cable crossed USD 15.4 billion. The GCC market reached almost 1.2 million gross cable tonnes, while the North African region consumed 520,000 tonnes.”