The ETI aluminum sludge settling tank has been used in aluminum production since the late 1970’s, it was designed to handle a solution of caustic soda, sodium aluminate and other chemicals at high temperatures, which resulted in severe deterioration of the concrete, causing leaking. 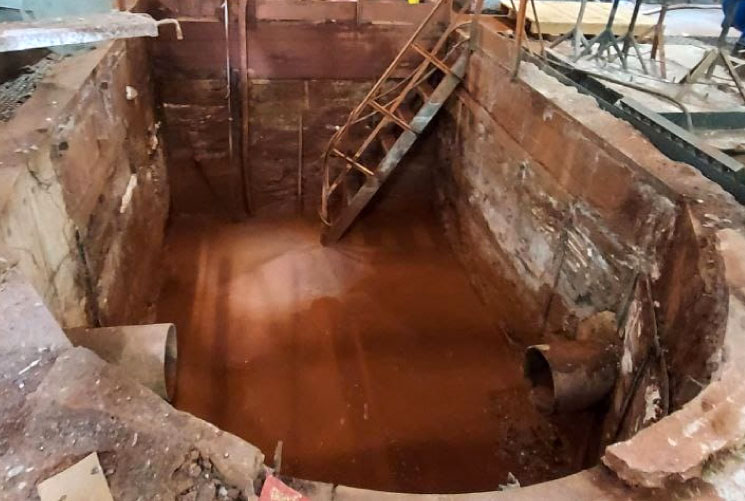 A Xypex cast liner was chosen to permanently waterproof and rehabilitate the tank due to its resistance to aggressive chemicals and elevated temperatures.

For the concrete unsuitable for repairs, Xypex Admix C-1000 NF was placed to rehabilitate the tank by casting a new concrete layerthe over the pre-existent structure, corners were chamfered using Xypex Patch‘n Plug.

Xypex C-Series admixtures are added during batching to incorporate crystalline technology into the concrete mix.

The Xypex chemical treatment reacts with cement and the byproducts of cement hydration to fill the capillaries in the internal structure of the concrete, creating a non-soluble crystalline matrix.

The result is concrete that prevents the infiltration and exfiltration of water and other liquids for the entire structure’s service life.