The Dubai Frame project is rapidly taking shape with gold cladding now being added, it has been confirmed.

Earlier, it was reported that the intricate design on the gold cladding had been inspired by the Expo 2020 logo.

On Thursday, the Dubai Media Office took to Twitter to confirm that the much-delayed project in Zabeel Park was “taking shape”. 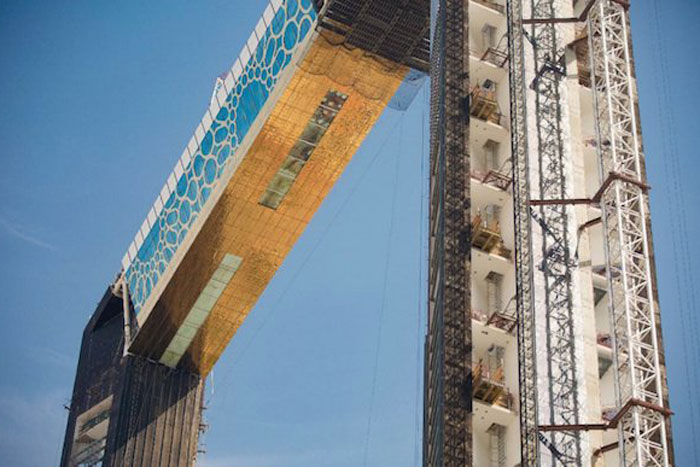 Launched in 2013 by Dubai Municipality, the Dhs160m project – designed to look like a giant window frame – was originally slated to open in 2015.

In November last year, it was announced that it was 85 per cent complete.

Towering 150 metres high and 93 metres wide, the project consist of two towers connected by a 100-square-metre bridge, which has a 25-square-metre glass panel in the middle.

It is anticipated to include a museum on the ground floor that will showcase Dubai’s transformation and will also have a souvenir shop.

The project is aimed to ‘frame’ modern landmarks such as Emirates Towers and Burj Khalifa on one side and showcase old Dubai including areas like Karama and Deira on the other side.

Dubai Frame is hoped to become a major tourist destination in the city once it opens.