HIMOINSA a multinational company specializing in the manufacture of generator sets, has released the HHW series on the market: Seven soundproofed, open generator models, with power output ranging between 20 and 100 kVA at 50Hz and between30 and 120 kVa at 60Hz. 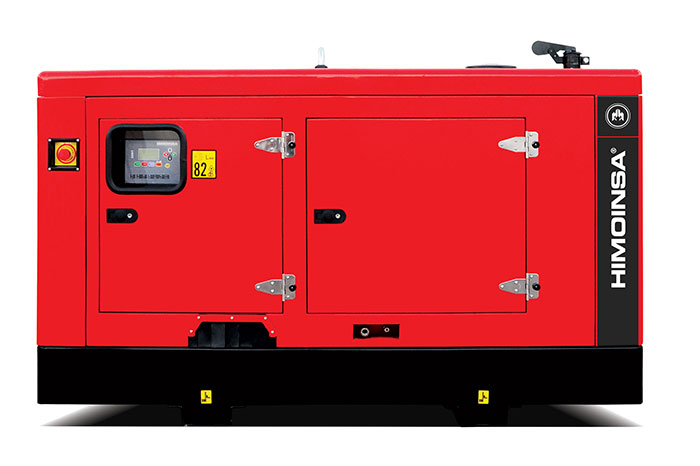 The generator sets comprising the HHW series are being marketed with three types of canopy to choose from: B10, C10 and D10. The three canopies feature inner have been fitted out with an inner lining of mineral wool - an insulation material with excellent soundproofing and thermal qualities. The hood is coated with a sound-absorbing, flame-retardant, category M0 material, the same material used in the canopies of all HIMOINSA generator sets, making them some of the most effectively sound-proofed generators on the market.

Capable of bearing extreme weather conditions, these generators comply with IP23 protection grade requirements and have been water tested according to EU regulations (IEC60529) and UL standards. The HHW series generator sets with B10, C10 and D10 canopies may be stacked and transported in containers in groups of 24, 11 and 8 units respectively.

Seven engine models have been developed (from 1500 to 1800 rpm) with a power output yielding between 20 and 95 KWm. The HIMOINSA alternator has an automatic voltage regulator (AVR) which has been designed to exceed international standards, while its special resin coating means it can be used in any operating conditions. Its Busbar connection system let six of them be moved to configure all the voltage/frequency ratios required in international markets.