As part of showcasing various products and services within the power solutions field, aiming at enhancing its communication, presence and interaction with customers and suppliers, Jubaili Bros has participated in the recently concluded Middle East Electricity Exhibition in Dubai, UAE, one of the largest meeting forums for energy industry professionals for more than 100 countries worldwide.

Jubaili Bros’ participation in the Exhibition was a demonstration of JB’s continuing commitment to support the region’s development and expansion, by offering world class Power Solutions. 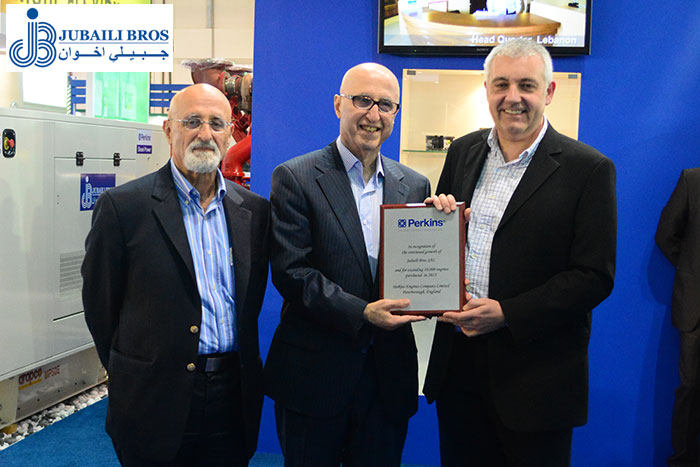 ‘’Middle East Electricity Exhibition was a big success for us. It was a great opportunity for us to meet again existing and new customers face to face. In addition it helped us to further strengthen our business relationships with our World Renowned Suppliers’’ said Marketing Manager, Mr. Amer Naghi.

Commenting on the Award, Mr. Jad Jubaili, Business Development Manager of Jubaili Bros said ‘We are very proud to be among the very few Perkins OEM’s, who have achieved this milestone. Our teams at Jubaili Bros are all committed to the continuous success of our products and services offering while delivering the best customer service in our sales and after sales operations. We look forward to exceed our achievements in coming years and to continue to be “Your Partner in Power’’